Sing your way to savings with new shower playlist 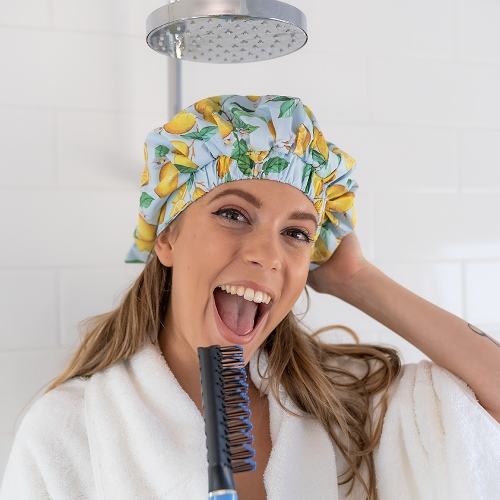 The new ‘Bathroom Beats’ playlist features songs that run no longer than four minutes – the time we should be aiming to spend in the shower to be more waterwise.

Queensland Urban Utilities spokesperson, Michelle Cull, said the playlist was available on the free version of the popular streaming app.

“In winter, we tend to take longer, hot showers to warm ourselves up which can lead to higher water usage,” she said.

“By showering to a four-minute song, it’s easy to know when it’s time to hop out, saving you water and money.

“There are more than 50 water-themed songs on the playlist including Splish Splash, It’s Raining Men, Waterloo, and Singing in the Rain.

“The songs can be streamed on your phone or a wireless, water-resistant shower speaker, which you can pick up from around $10.”

Ms Cull said showers accounted for around 30 per cent of household water use in South East Queensland.

“A water efficient shower head uses around 9 litres of water per minute, so by reducing your shower time from seven minutes to four minutes, you can save around 27 litres of water a day,” she said.

South East Queenslanders are being encouraged to be more waterwise after the combined level of Seqwater’s drinking water dams fell below 70 per cent, triggering the ‘Drought Readiness’ phase for the community.

“Water restrictions are still a long way off, but we’re all being asked to be a little bit more conscious of water use around the home and garden,” Ms Cull said.

“Showering to the beat of ‘Bathroom Beats’ is a simple way to make saving water fun and it’s also easy for kids to do.”

To find the ‘Bathroom Beats’ AM and PM playlists, simply search for Urban Utilities on the free Spotify app which can be downloaded from Google Play or Apple app store.