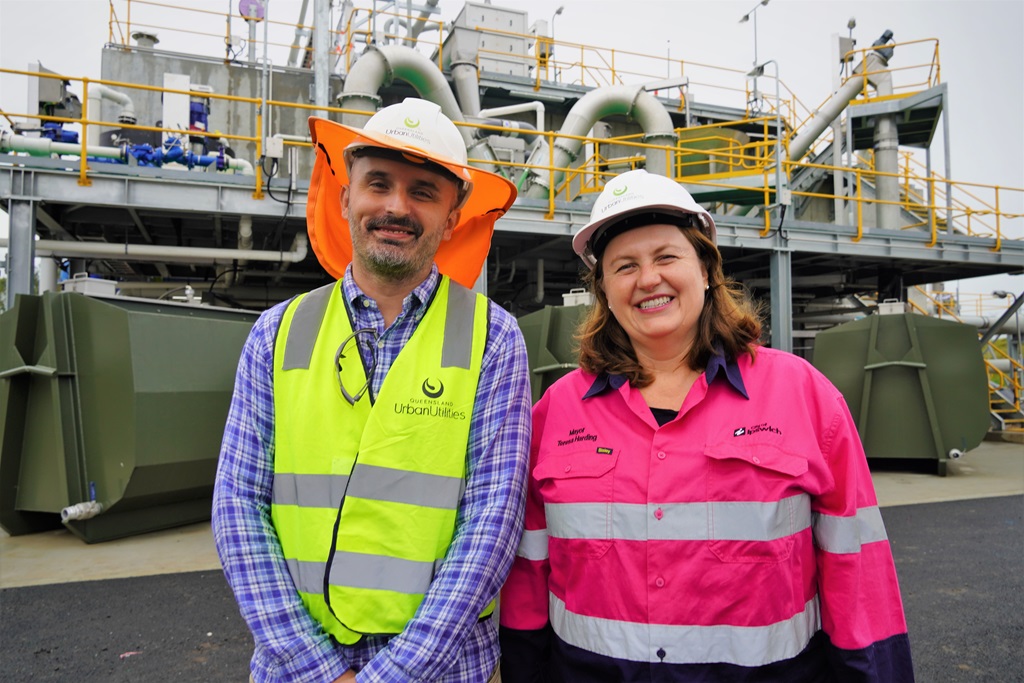 Urban Utilities is continuing to support one of the nation’s fastest growing cities, with a $30 million Ipswich project marking a significant milestone.

Construction has finished on a major upgrade of Ipswich’s largest treatment plant where the wastewater of more than 133,000 people arrives every day.

“As the population grows so does the number of people taking showers, washing dishes, doing the laundry and flushing the loo – that all generates wastewater that needs to be treated once it goes down the drain to protect our environment,” he said.

“We have been busy maintaining the 3,400km pipe network in Ipswich but it’s also important we lay the foundations down for the future.

“The Bundamba wastewater treatment plant upgrade is an essential part of supporting the region as it grows.”

Mr Maric said the project involved renewing and upgrading several important pieces of infrastructure at the plant including the inlet works where solids are screened out of wastewater.

“The inlet works are a vital part of the treatment process. The upgrade also included raising our critical equipment above the 2011 flood level to protect against future flooding,” he said.

“Around 16 million litres – or six Olympic swimming pools – of wastewater is treated at our Bundamba plant every day so it took a lot of careful planning to ensure the plant remained operational while we completed this significant upgrade.”

Mr Maric added the project, delivered by our partner Ventia, also included the installation of a new 50-tonne switchroom.

“To make the process as safe and efficient as possible we built the pre-fabricated switchroom – which weighs the same as about 10 elephants – off site and moved it into position with a 350-tonne crane,” he said.

“Supporting local businesses and jobs, especially during the ongoing pandemic, was also a really important part of the project.

“We spent around $1.2 million at Ipswich businesses on materials alone, with everything from our pipes and concrete to our sand and gravel purchased locally.”

Ipswich Mayor Teresa Harding said she was pleased to see Urban Utilities supporting the local economy through the upgrade.

“Major projects like this are important economic drivers for the city as they support development and jobs,” Cr Harding said.

“With approximately 325,000 additional residents set to join Ipswich by 2041, now is the time to invest in our city’s infrastructure.”