New pipe keeps both the traffic and wastewater flowing 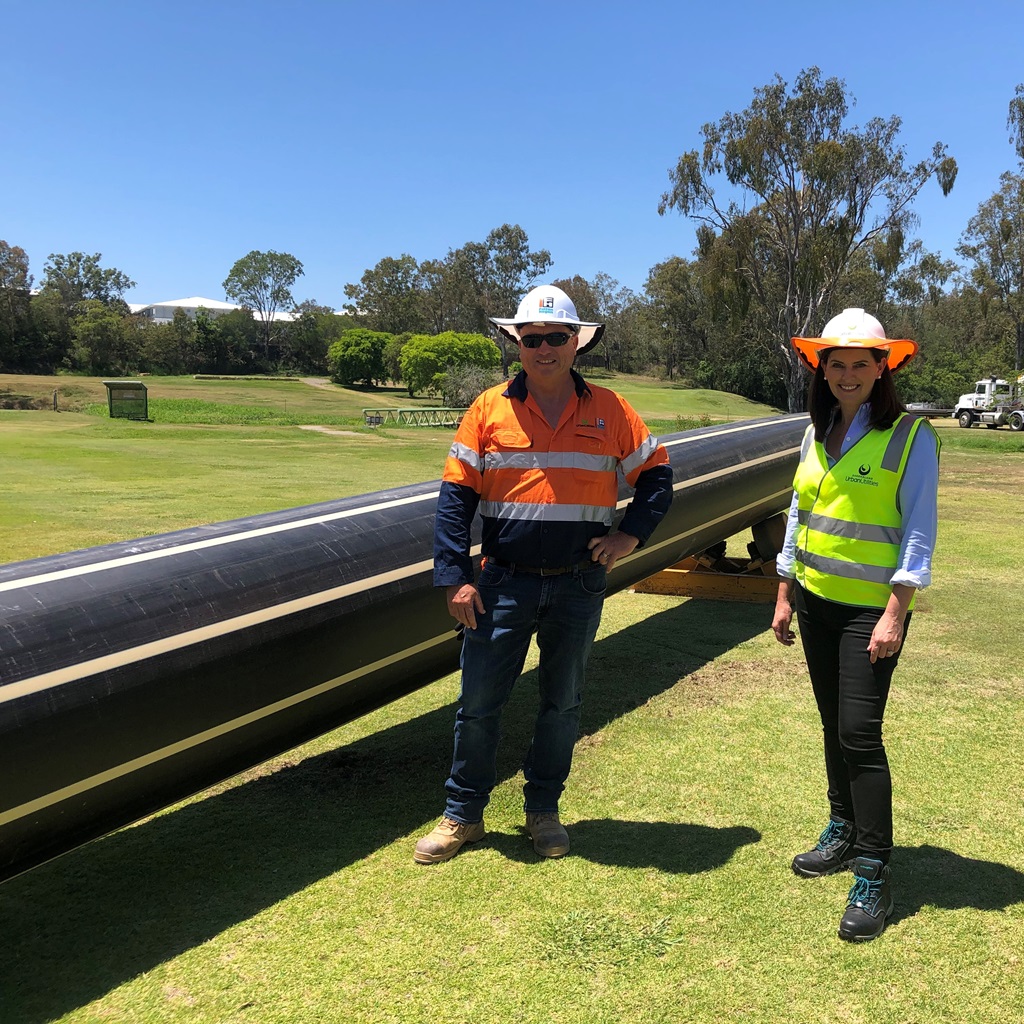 A new sewer pipe has been fed 25m underneath the Centenary Motorway today, marking a major milestone in a $16m project to keep the traffic and wastewater flowing in Brisbane’s west.

The pipe is the final section of a new 1km sewer pipeline being built parallel to the motorway in Jindalee to replace an existing pipe located under the highway.

Urban Utilities spokesperson, Michelle Cull, said they were using innovative trenchless technology to minimise disruption to the community and traffic.

“We’ve already installed 700m of the new pipeline alongside the Centenary Motorway and now we’re pulling the final 300m of pipe under the highway so it can be connected back into the sewerage network on the other side,” she said.

“By using horizontal directional drilling, we’ve been able to bore a path for the pipe under the road while the traffic still flows freely above.

“It was an impressive sight as the pipe was laid out on rollers across the fairway of the Jindalee Golf Course before being fed eight storeys underneath the motorway.”

The project has been prioritised after a break on the existing sewer pipe earlier this year.

“After repairs to the pipe in February, we immediately began investigations and fast-tracked works to replace it,” said Ms Cull.

“By locating the new sewer alongside the motorway instead of under it, it will be easier to access for maintenance and repair works and reduce the risk of interrupting motorway traffic in the future.

“Constructed from durable high-density polyethylene, the pipe will also be larger in diameter to cater for future growth in the Kenmore and Jindalee areas.”

The sewer will be a key artery in the sewerage network, moving wastewater from homes and businesses in the western suburbs to our Oxley Creek Resource Recovery Centre.

The project, which is being carried out by Urban Utilities’ Infrastructure Delivery team and our delivery partner Fulton Hogan, is expected to be completed by early 2021.