Danny the doggo wages a war on leaks 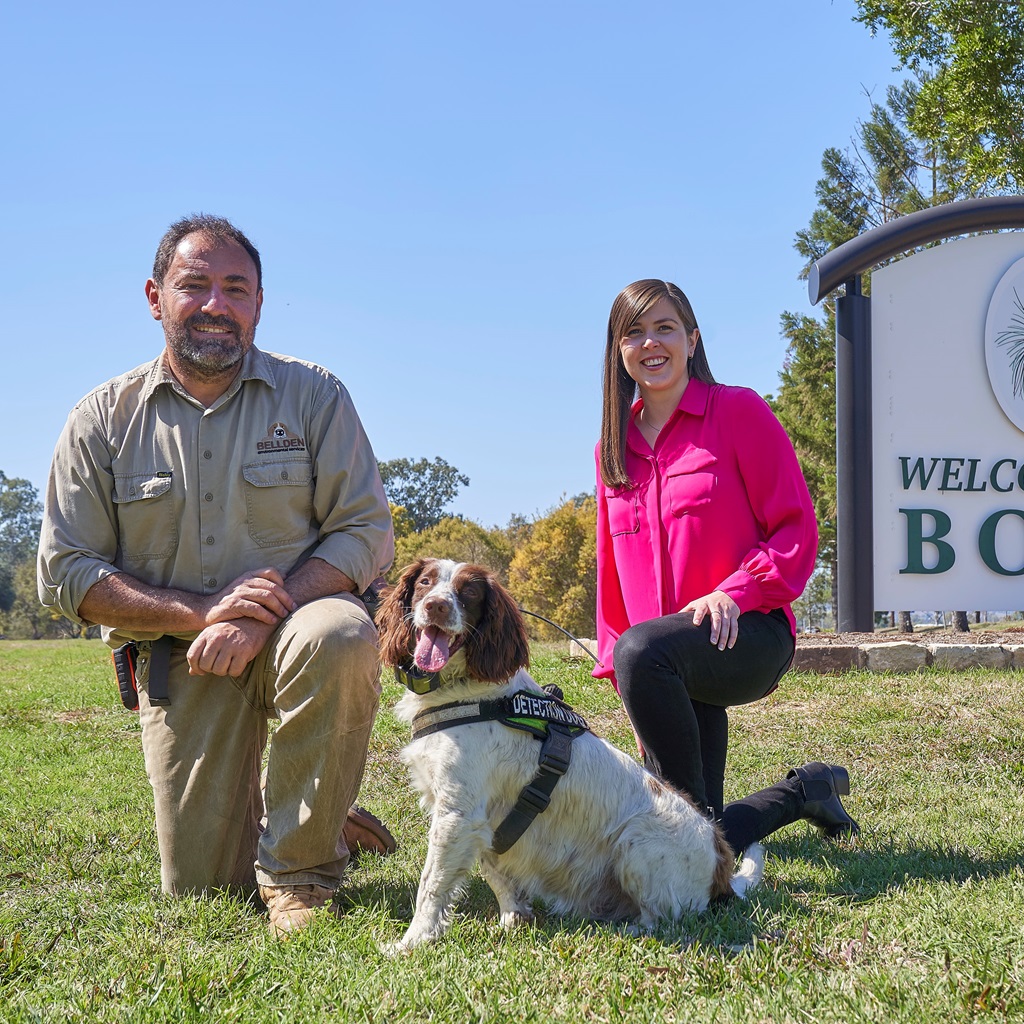 You may have noticed the four-legged furry recruit around your neighbourhood – he’s been hard at work sniffing out nearly 30km of pipes in 11 towns and localities from Boonah to Aratula.

“As part of our response to drought, we’re looking at ways in which we can improve water efficiency throughout all aspects of our operations,” she said.

“With medium-level water restrictions* in place for homes and businesses in the Scenic Rim, we’re ensuring we’re doing what we can to proactively identify leaks.

“As well as being very cute, Danny plays an important role in helping locate leaks in pipes in rural areas where the water does not always show on the surface or where it can be difficult for our crews to access.”

The hard work has paid off too, with the dog uncovering a leak on a water pipe in Boonah, which has since been repaired by an Urban Utilities (human) crew.

Dog handler, Dennis Gannaway, said Danny was a working-line springer spaniel; who are known for their love of hunting and the ability to run up to 20km a day.

“The dog’ssense of smell is about 10,000 times greater than us humans,” he said.

“Danny is trained to sniff out the chlorine in potable water. Ifhe finds a leak, he drops his nose to the ground to where the scent is the strongest.

“He can usually detect a leak from a few metres away and is rewarded with a game of catch.”

Boonah, Kalbar, Aratula and Mount Alford moved to level two drought response at the end of August, when levels in Moogerah Dam fell below 25 per cent.

Ms Schrauf said Danny was a pawfect match to work alongside leak detection technology such as listening devices and sensors.

“We recognise water is a precious resource and we all need to do our part to save water,” she said.

“We know our customers in the Scenic Rim are very waterwise and we thank the community for its efforts to date.”

Leak detection dog Danny has been active in the following towns/localities;

*Medium-level restrictions apply to all properties connected to the town supply, including businesses, as well as water drawn from the tanker filling stations in these areas.