Look to the stars and save 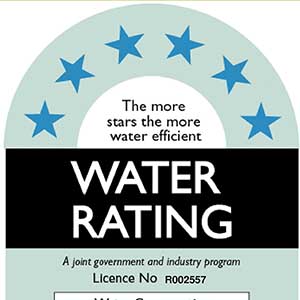 With the dam levels continuing to fall, Urban Utilities is urging people to beware of the big water guzzlers lurking around your home.

Dishwashers, washing machines and toilets, especially older models, can be adding to your water bill without you knowing it.

Urban Utilities spokesperson, Michelle Cull, said it was a timely reminder for people looking to replace their fittings and appliances.

“Water efficient fittings such as taps and shower heads can be bought quite cheaply and the water savings can really add up,” she said.

“When it comes time to replace big ticket items like your washing machine or dishwasher, it’s important to look for models that are water efficient.

“Our tip is to choose appliances with the highest WELS ratings; the more stars, the more efficiently it uses water and the more you can save.”

Ms Cull said there were plenty of other ways people could save water around their home and garden.

“Inside, take shorter showers, run the dishwasher and washing machine only when there’s a full load and turn off the tap while brushing your teeth,” she said.

“Outside, water your garden before 8am and after 4pm to reduce evaporation, mulch to retain moisture and wash your car on the grass instead of the driveway.”

For a full list of water saving tips, visit https://urbanutilities.com.au/waterefficiency

Note to Editor:
The above figures were taken from the WELS labelling scheme website and are based on current Urban Utilities prices for Brisbane residents.