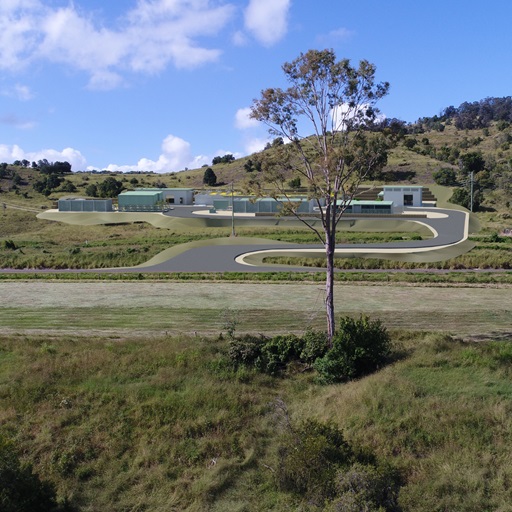 Queensland Urban Utilities is set to begin construction on a new $20 million state-of-the-art sewage treatment plant in Lowood this year.

The new treatment plant will service the Lowood and Fernvale areas and cater for population growth.

“The new treatment plant will cater for approximately 8,800 people, meeting the needs of the projected population until 2034,” she said.

“It’s a significant capital investment which will double the current capacity of the sewerage network and ensure the region has the infrastructure it needs for many years to come.

The plant, which is being built on Old Fernvale Rd at Vernor, will feature the latest technology in sewage treatment.

It is part of a $45 million upgrade to the local network, which also includes two new sewerage pump stations and 8km of new sewer pipes.

Ms Cull said the historic Brisbane Valley Rail Trail, which is near the new treatment plant site, will remain open during construction.

“We understand this is a popular trail for cyclists and horse riders, so traffic management will be in place as required to ensure the safety of trail users.”

The new plant will replace the two existing treatment plants in Lowood and Fernvale, which will be decommissioned in 2019.

Queensland Urban Utilities has been engaging with the local community about the project for several months, including a public information session and face-to-face meetings.

Construction on the treatment plant is due to begin in April 2018 and is expected to take 14 months to complete, weather permitting.