Aptly named 'Number 2', the new SUV - a Hyundai Kona Electric - is the second vehicle to join the Urban Utilities poo car line up.

Urban Utilities spokesperson Anna Hartley said the car was the new ‘skid’ on the block.

“Number 2 is not your average SUV – it’s an S-Poo-V, with a giant poo emoji emblazoned on the side so there’s no guessing what’s powering it,” she said.

“On average, one person’s daily habits can generate enough electricity to make the car travel around 450 metres.”

Ms Hartley said the power used to charge the SUV was produced when biogas from sewage treatment was fed into a cogeneration unit - a giant engine that generates electricity - at the Oxley wastewater treatment plant in Brisbane.

“They might not realise it, but more than 330,000 people in Brisbane’s south and west are helping to create fuel for our poo-powered cars every time they flush,” she said.

“Last financial year we produced enough electricity to power the equivalent of nearly 4,000 homes for an entire year,” she said.

“Poo power doesn’t only help keep our cars on the road, it also helps us run our two largest wastewater treatment plants at Oxley and Luggage Point.

“By harnessing the power of poo, we’re reducing our operating costs and helping the environment by using a more sustainable energy source so it’s a win/win.”

Number 2 will hit the road alongside Australia’s first poo-powered car, which Urban Utilities launched in 2017.

“Look out for our team driving around town – if the car’s eye-catching design doesn’t give it away, the ‘Number 2’ registration plates sure will,” Ms Hartley said.

“Those who want an up close and personal look at our poo fleet can view the cars at the upcoming Green Heart Fair sustainability festival in Chermside on May 30. 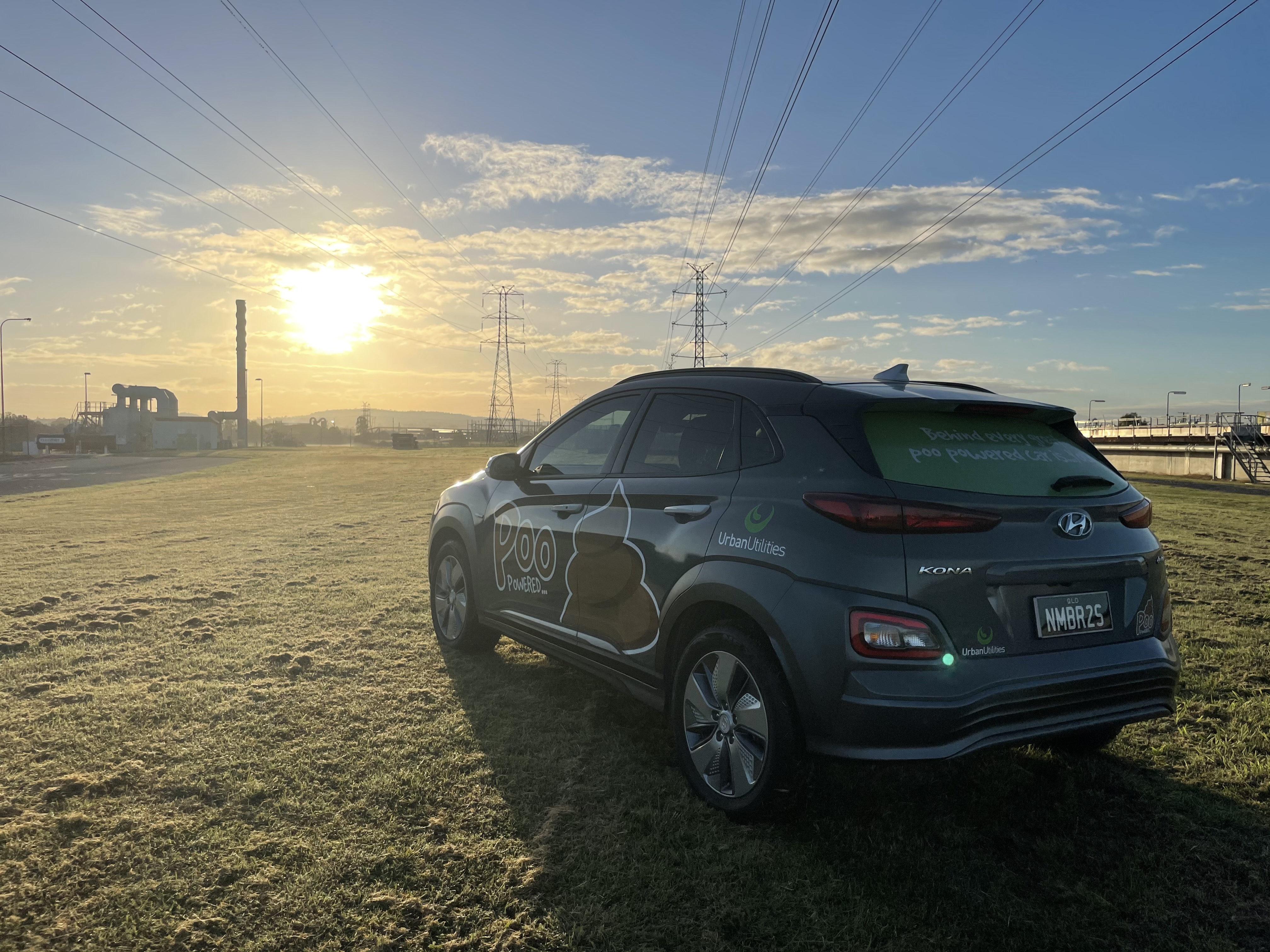