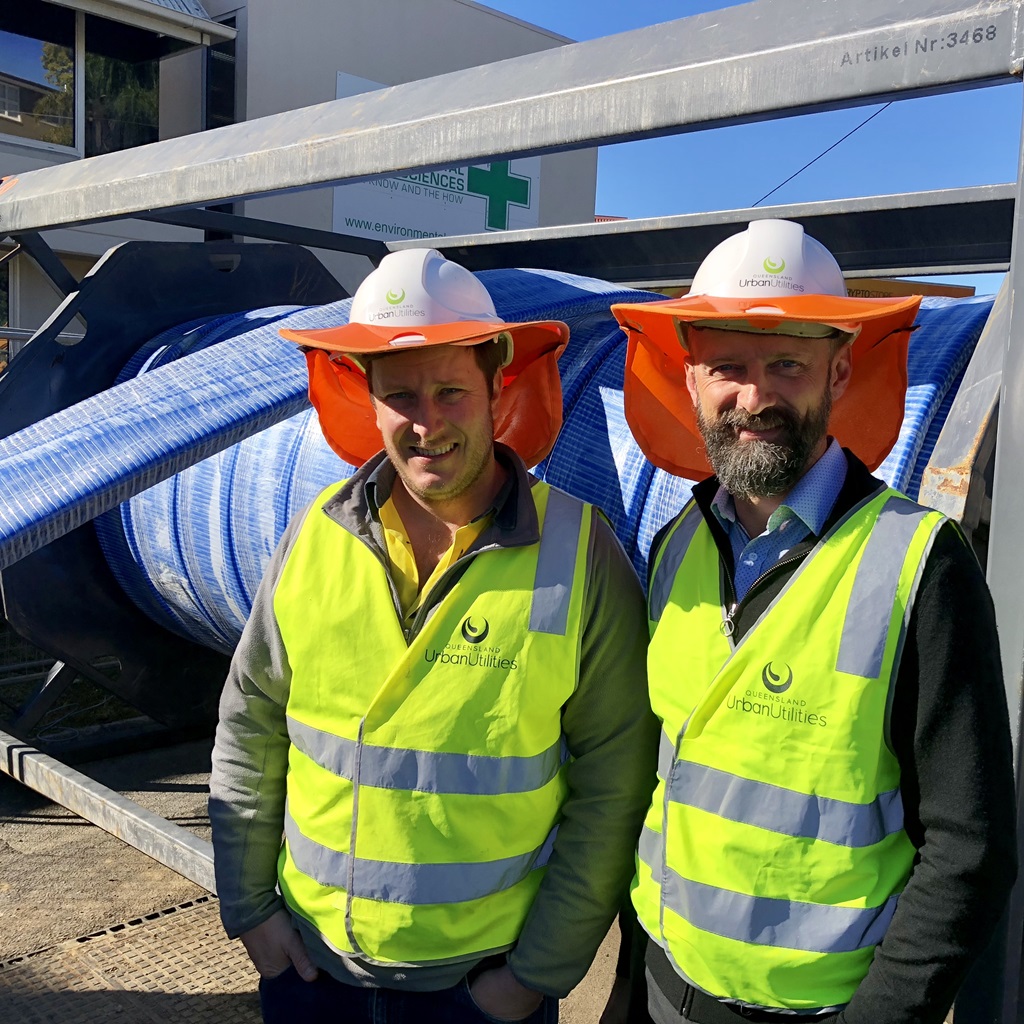 The water utility recently used new Primus Line technology to reline 1.8km of water mains at Redbank Plains in Ipswich, becoming the longest and largest stretch of pipe to be relined using this method in Australia.

Works are also underway to reline water mains at Brighton and Wynnum in Brisbane using cured-in-place technology, which will be the first section of lined reticulation water main put fully into service nationally.

“Relining has been used in the sewerage industry for years, but it’s only been in the past 12 months that Australian water utilities have begun implementing this technology for potable water pipes,” he said.

“Relining is quicker and can be more cost effective than traditional alternatives and importantly, it minimises disruption to the community and the environment.

“Depending on the technology, it’s possible to reline up to 650 metres of pipe per day compared with 40 metres using excavation. Plus, we’ve found it has potential savings of up to 40 per cent in capital costs.”

The technology involves pulling a folded composite hose inside the main and once in place, the liner is inflated and connected using specially developed end fittings.

The composite hose is reinforced with Kevlar which gives it strength to retain the internal pressure of the main.

“Primus Line is a relatively new technology to Australia and only a few utilities have used it,” Mr Flood said.

“Trainers from Germany spent time in Australia teaching our capital works crews to install Primus Line, so we now have the capability to deliver this technology in-house.

“At Redbank Plains, our crews fed the liner into the pipe in around 600 metre lengths and we were able to install a total of 1.8 kilometres of pipe in just over a week.

“Instead of our crew spending six months digging up the existing main and replacing it with a new one, we will have completed this project in a matter of weeks.”

At Brighton and Wynnum, 370m of water reticulation main is being relined by Ventia using Aquapipe, a cured-in-place technology.

“The particularly exciting part about these types of technologies is the speed at which the pipe can be put back in to service,” Mr Flood said.

Queensland Urban Utilities is involved in an industry Cooperative Research Centre (CRC) which aims to improve lining knowledge and enable clients to make informed decisions on the renewals options of their assets.

“Australian utilities and businesses are coming to the table to share their experiences and work with the Water Services Association of Australia and other research bodies to build up industry knowledge and standards,” he said.

“Advances in trenchless technology keep coming and there’s more tools becoming available, so we’ll be able to do more work in a trenchless manner going forward.”