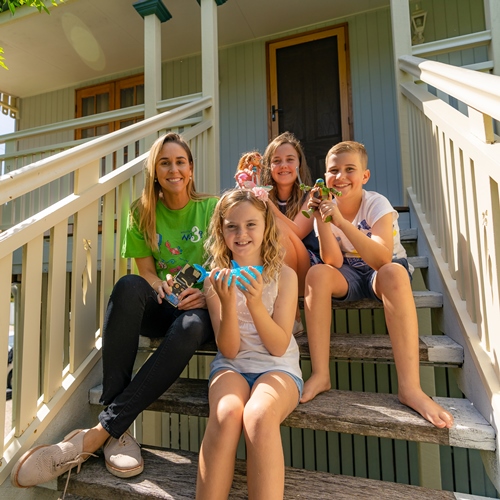 The answer? Anything that shouldn’t go down the loo! The quirky question is one of the themes for this Friday’s Kid’s Day at the 2019 Ipswich Festival.

Queensland Urban Utilities spokesperson, Sarah Owens, said the message was all about reminding youngsters what not to flush down the toilet.

“Toys, kitchen utensils, jewellery, a Go Pro, electrical equipment and even half of a surfboard – they are some of the weird and wacky “No. 3s” our crews have discovered in the sewerage network,” she said.

“As part of our involvement in the Ipswich Festival children’s program, we’re taking the opportunity to remind kids that the toilet isn’t a rubbish bin, our sewer pipes are designed to carry just that – sewage.”

“Our crews cleared 1,305 tonnes of rubbish from the sewerage network – that’s the equivalent weight of four Boeing 747 planes or 261 elephants,” said Ms Owens.

“So the message is simple, only flush your No. 1s and No. 2s – everything else belongs in the bin.”

On Friday, April 12, children will find “What’s a No. 3?” games and activities in the Queensland Urban Utilities marquee in the Festival Village, alongside the “loo zone”, where toilet jokes will keep the kids, and adults, entertained.

“We’re proud to be the competition sponsors for the giant live letters, which sees students design giant, colourful letters under the theme of celebration.”

This is the fourth year in a row Queensland Urban Utilities has supported the Ipswich Festival.

More information about the festival can be found here: www.discoveripswich.com.au/ipswich-festival/